← more from
Puppy Mill Recordings
Get fresh music recommendations delivered to your inbox every Friday.
We've updated our Terms of Use. You can review the changes here.

Birdhouse by the Cemetery 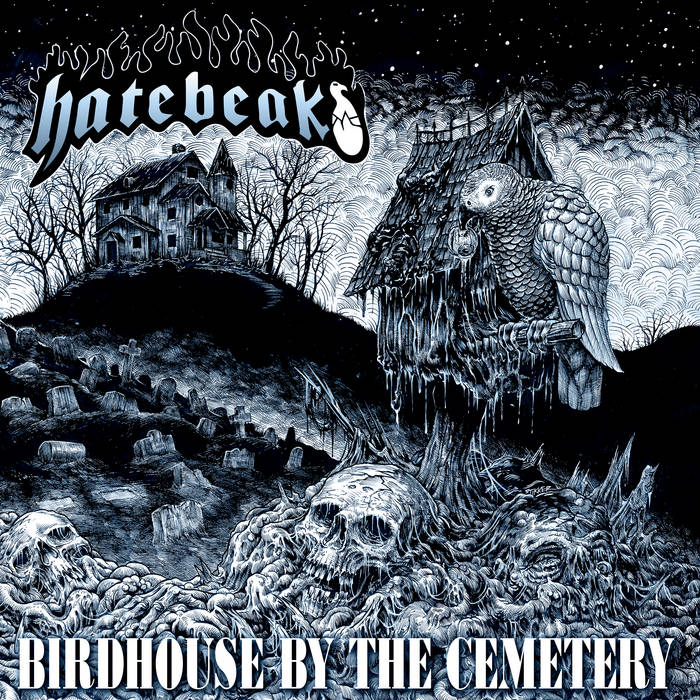 YomaBarr If animals can front metal bands so well do we still need humans?

Quistin An inspiration to birds everywhere Favorite track: Hatebeak - Pecked Up For Barbecue.

HATEBEAK is the only band to have an avian vocalist. They never tour so as to not torture the bird.

In October 2018 HATEBEAK announced a new EP entitled 'Birdhouse by the Cemetery' to be released as a split 12" with Guinea Pig fronted outfit BOAR GLUE ... more

Bandcamp Daily  your guide to the world of Bandcamp

The Hammer and The Relentless from the Boston band Malleus stop by for a chat.